These are all of the chapters of the book of Revelation. Clicking on a chapter will show you the text of that chapter of Revelation in the Bible (New International Version). 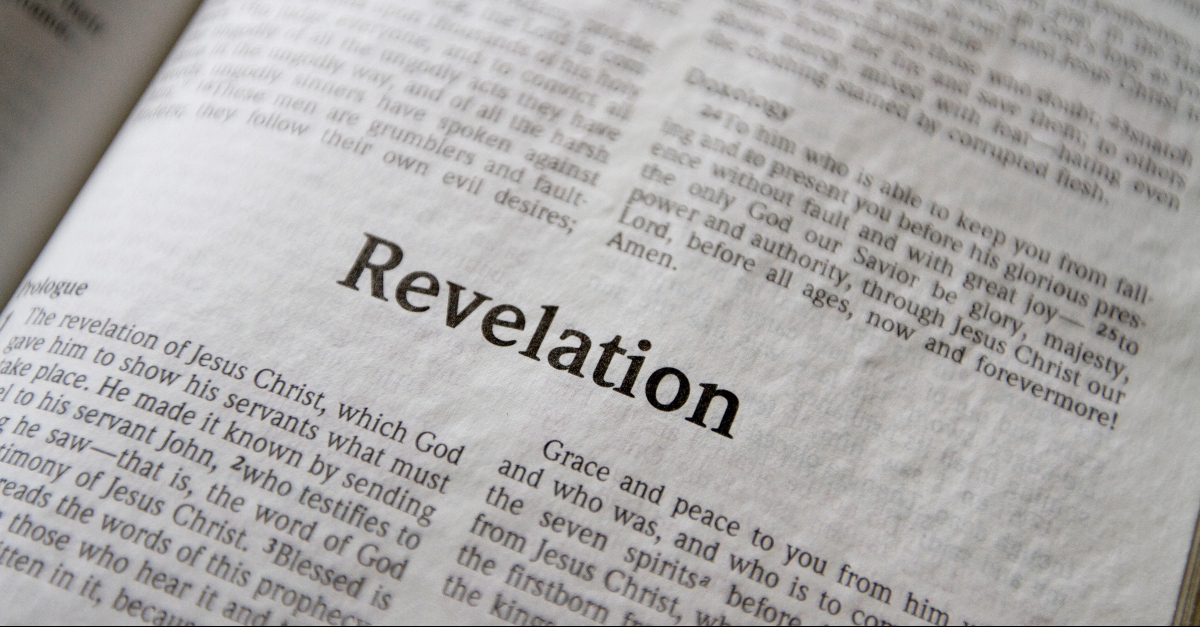 Who Wrote the Book of Revelation?

Unlike many books of the Bible, the author of Revelation begins by clearly identifying himself in the first verse: “The revelation from Jesus Christ, which God gave him to show his servants what must soon take place. He made it known by sending his angel to his servant John” (Revelation 1:1). His identity is confirmed in three additional verses (Revelation 1:4, 9; 22:8), leaving no doubt that John is the author. But is this the apostle John (Luke 8:51) of Christ’s inner circle?

Modern Bible scholars don’t seem to think so, most favoring the perspective of Dionysius who, in the third century, contrasted the word choices and ideas of Revelation with the Apostle John’s established work. They also point out that the writer of Revelation names himself, which the apostle John never did.

Still, at the time Revelation was written, this John was obviously well-known among believers and needed no label or description to be recognized, indicating apostolic authority. This position is further supported by second-century Christian writings (such as Clement of Alexandria) and similarities between the language of Revelation and John’s gospel. For example, only the apostle John refers to Jesus Christ as the Word (John 1:1), as does the author of Revelation (Revelation 19:13). However, debates continue since the author of Revelation nowhere identifies himself as John the son of Zebedee.

Context and Background of Revelation

John wrote Revelation from Patmos, his place of exile (Revelation 1:9), probably sometime during the latter years of Domitian’s reign (AD 81-96). Most scholars can at least agree on that, though some have suggested dates aligning more with Nero (AD 54-68) or Vespasian (AD 69-79).

This period in the church’s history (AD 95-96) was fraught with struggle and conflict as Rome insisted on the worship of its rulers and considered Christianity a threat to its religious control. Domitian was responsible for many acts of cruel injustice, among them the torture, banishment, and death of influential Christ-followers (Simeon, John, Flavia, Timothy, Nicodemus, and others). Throughout Revelation, John mentions martyrdom frequently, identifying Antipas by name (Revelation 2:13), and warns believers of coming persecution (Revelation 2:10; 3:10).

Main theme and Purpose of Revelation

Yet, the Book of Revelation is far more than an apocalyptic prophecy. John sees future tribulation, but he also sees the Lamb of God seated on his throne (Revelation 1:9-18). There is suffering and death in John’s vision, but there is also hope (Revelation 1:7-8).

The intensity of persecution in John’s day surely led some Christians to consider giving in, or, at least, compromising to an extent that would allow them to coexist with the Romans. The words of Revelation would have reminded them of God’s sovereign plan, arranged from beginning to end, perhaps prompting them to lift their hands in praise rather than surrender.

Some of the more prevalent themes in Revelation are God’s sovereignty, holiness, and worthiness of worship—themes that would serve the dual purpose of conviction for those straying from God’s will (Revelation 2:4-5) and comfort for believers trusting in His power (Revelation 12:11).

What Can We Learn from Revelation Today?

Most of us have not experienced this level of persecution in our own lives, but that doesn’t mean we never will. Nor does it mean there is nothing for us to draw from this bewildering book. John’s vision is a glimpse of what’s coming, both good and bad (though not a particularly decipherable one).

Christ’s admonishment of the churches is a warning of the many pitfalls we are prone to, such as forgetfulness (Revelation 2:4), tolerance (Revelation 2:20), and lack of commitment (Revelation 3:15-16).

But most importantly, the ceaseless praise offered to God by angels (and other heavenly beings we have little visual reference for) is peace and confidence for our fearful hearts. These creatures, as the Bible describes them, would be terrifying to stand in front of. Yet, “…they never stop saying, ‘Holy, Holy, Holy [is the] Lord God, the Almighty…” (Revelation 4:8 AMP). They acknowledge his sovereignty, they wait expectantly for him to move, and they watch in reverent awe as His plan unfolds. Even in the shadow of more difficult times approaching, we are the bride of Christ, and the Lamb of God is our protector.

Our Favorite Verses from Revelation

“When I saw him, I fell at his feet as though dead. Then he placed his right hand on me and said: ‘Do not be afraid. I am the First and the Last. I am the Living One; I was dead, and now look, I am alive for ever and ever! And I hold the keys of death and Hades.’” (Revelation 1:17-18)

“Those whom I love I rebuke and discipline. So be earnest and repent. Here I am! I stand at the door and knock. If anyone hears my voice and opens the door, I will come in and eat with that person, and they with me. To the one who is victorious, I will give the right to sit with me on my throne, just as I was victorious and sat down with my Father on his throne.” (Revelation 3:19-21)

“‘You are worthy to take the scroll and to open its seals, because you were slain, and with your blood you purchased for God persons from every tribe and language and people and nation. You have made them to be a kingdom and priests to serve our God, and they will reign on the earth…‘Worthy is the Lamb, who was slain, to receive power and wealth and wisdom and strength and honor and glory and praise!’” (Revelation 5:9-10, 12).

“‘Great and marvelous are your deeds, Lord God Almighty. Just and true are your ways, King of the nations. Who will not fear you, Lord, and bring glory to your name? For you alone are holy. All nations will come and worship before you, for your righteous acts have been revealed.’” Revelation 15:3-4)

“Then I heard what sounded like a great multitude, like the roar of rushing waters and like loud peals of thunder, shouting: ‘Hallelujah! For our Lord God Almighty reigns. Let us rejoice and be glad and give him glory! For the wedding of the Lamb has come, and his bride has made herself ready.’” (Revelation 19:6-7)

“And I heard a loud voice from the throne saying, ‘Look! God’s dwelling place is now among the people, and he will dwell with them…He will wipe every tear from their eyes. There will be no more death or mourning or crying or pain, for the old order of things has passed away.’ He who was seated on the throne said, ‘I am making everything new!’ Then he said, ‘Write this down, for these words are trustworthy and true.’ He said to me: ‘It is done. I am the Alpha and the Omega, the Beginning and the End. To the thirsty I will give water without cost from the spring of the water of life. Those who are victorious will inherit all this, and I will be their God and they will be my children.’” (Revelation 21:3-7)

An Introduction to the New Testament and the Origins of Christianity

Caroline Madison is a freelance editor and writer with a passion for the written word and a special interest in telling and reading stories that present biblical truths in fresh ways. She also enjoys writing flash fiction, drawing pencil portraits, and playing piano.